Ovechkin on the removal of Russia from the Olympics: “Sad news” (The Washington Post, USA) 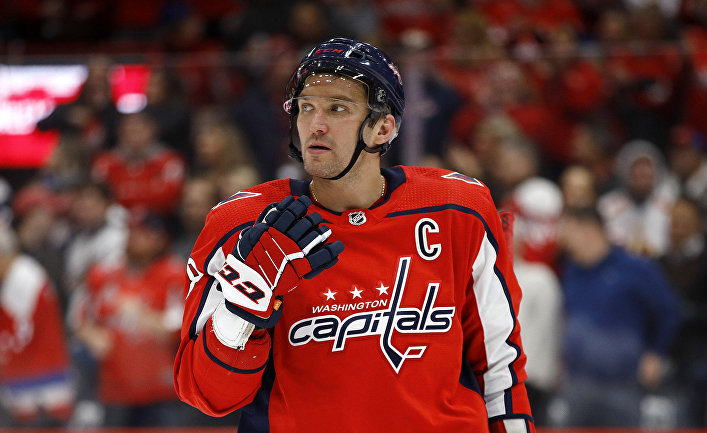 “It’s always frustrating to learn something like that,” said Ovechkin. – I hope everything will be OK. We still have a lot of time before the Olympics to understand what to do, how best to do. I hope all be fine”.The World Anti-Doping Agency (WADA) voted on Monday to ban Russia from participating in major international sporting events over the next four years. Athletes whose cleanliness from doping is not in doubt can participate in competitions, but not under the flag of their country and not under its anthem. Similar restrictions were introduced in 2018 in Pyeongchang, where 168 Russian athletes acted as “Olympic athletes from Russia (OCP)”.Ovechkin, one of the most prominent Russian athletes, could not take part in the 2018 Winter Games after the decision was made in the NHL to prevent players from participating in the contract. In 2017, on the eve of training camp, he issued a statement in which he admitted that he could not go. On Monday, Ovechkin said he watched the 2018 Games, but did not pay much attention to the restrictions that were imposed on Russian athletes who played under neutral flag. The OCP team took gold in Pyeongchang without Ovechkin and other NHL players.“To be honest, I just kept track of the score and cheered for our guys,” said Ovechkin. – I did not pay too much [to this] attention. I was just glad that our guys scored goals. “When asked if he would compete under the neutral flag at the Beijing Olympics in 2022, if the NHL players get permission to do this, Ovechkin said he would” see how everything will go. ” In August, Vice President Bill Daly said the NHL is “still far from adopting a resolution” regarding whether players will compete in the 2022 Games. Ovechkin visited China in the offseason as an NHL ambassador to promote hockey. Over the past few years, the league has been working harmoniously to enter the Chinese market.Ovechkin represented Russia at the Olympic Games in 2006, 2010 and 2014. He also represented Russia at 11 world championships, three of which he won. Russia did not win medals at the 2006 Olympics, and in 2010 lost to Canada in the quarter-finals. Hosting the 2014 Sochi Games, Russia lost again in the quarter-finals, this time to Finland. After Ovechkin won the Stanley Cup in 2018, his track record only lacks an Olympic medal. For 15 seasons in the NHL, he played in more than 1,100 games and scored nearly 700 goals in his career, simultaneously breaking franchise and league records in general.

“Of course, this is sad news, but I think that later [we] will have more information,” said Ovechkin about the four-year ban. – This is bad. I sympathize with people who work so hard for this moment, and cannot go there. “I heard about it right before training, so for now I know little about it.”
Original publication: Alex Ovechkin on the Russia Olympic ban: ‘It’s sad news’