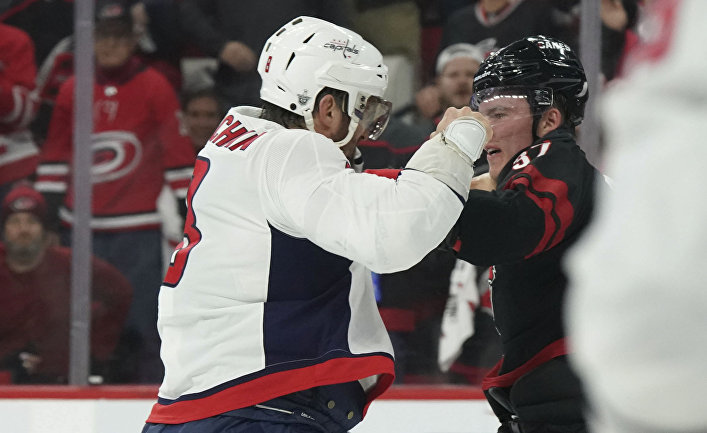 In their first fight since 2010, Washington Capitals captain Alex Ovechkin knocked out Carolina Hurricanes rookie Andrei Svechnikov with a couple of powerful punches in the first round playoff match. After the fight, Svechnikov remained on the ice and reached the locker room only with the help of others. He has not returned to the ice.
and in the twelfth minute of the match, the couple exchanged club hits, and Svechnikov invited Ovechkin to find out the relationship. Ovechkin, and he is 18 kilograms heavier, agreed and threw off his gaiters. In Ovechkin’s career, this is only the fourth fight, and in the playoffs he made his debut.

Carolina’s trainer Rod Brindamor (Rod Brind’amur) said after the match that he did not accept Svechnikov’s challenge.
I said what Ovechkin said. This is our guy run up. If so, then of course yes. Although the video is different. Ovechkin twice hits his club. Then the Candle answers. I don’t know that they are there with each other, and Ovi took off our gloves, not our guy, ”Brindamor said.
“I’m upset that ours got hurt. He didn’t fight before. Played 90 marks. This is his first fight.